A New Dimension of Typography 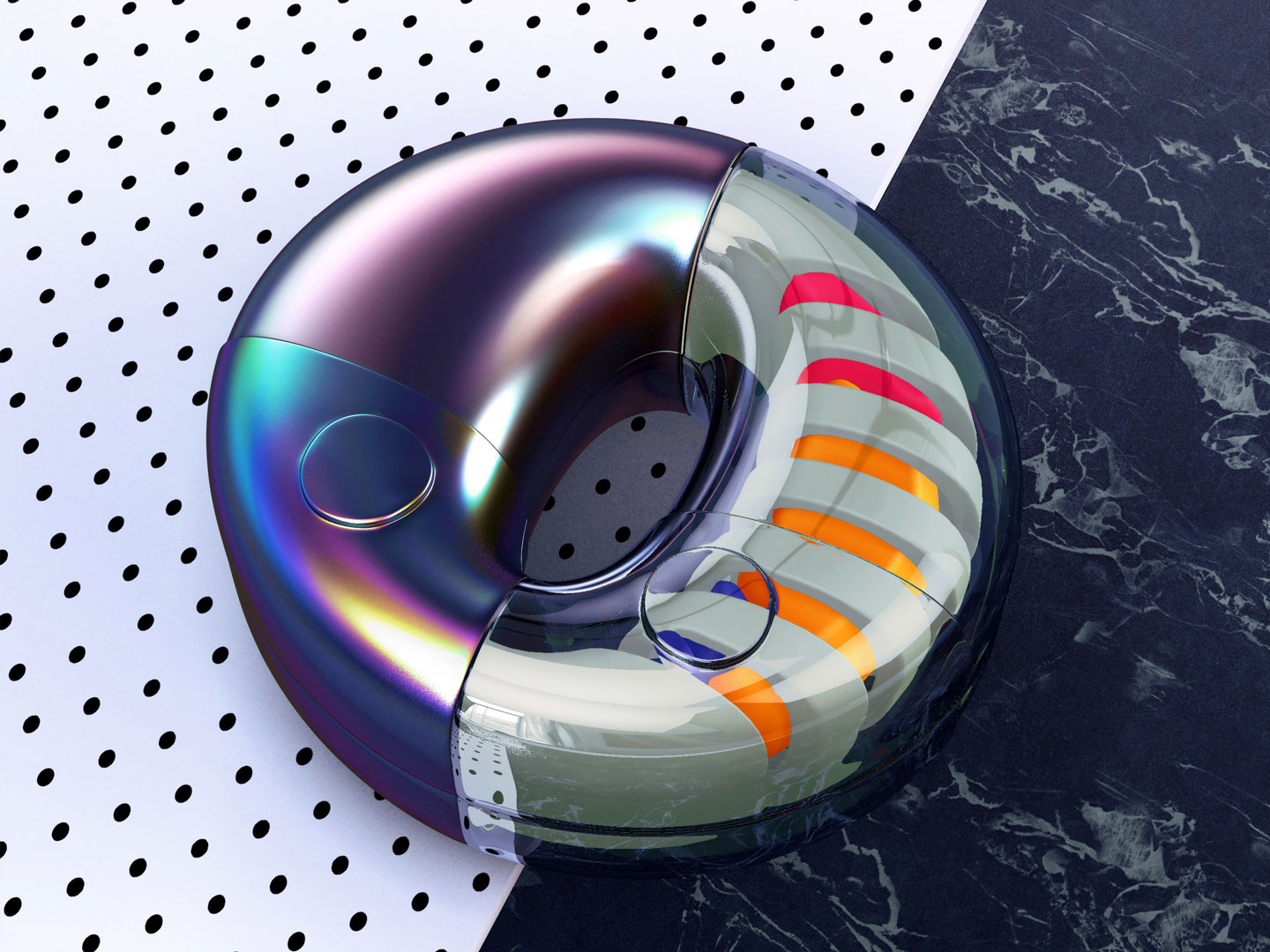 Bending the traditional rules of typography, the world of 3D type is changing the way in which we think about lettering and messaging.

Typography is traditionally defined as a way of arranging text in a clear, readable and appealing manner. In essence, the technique aims to convey specific messages and elicit certain emotions through use of different fonts, styles and aesthetics. It’s a craft that’s been around for centuries and remains central to the skillset of any designer.

However, the digital era is changing the face of type before our very own eyes. As creators become more empowered through hardware and software, the world of 3D continues to take typography to new and exciting places. As a result, many artists and designers have thrown out the traditional rulebook and launched the artform into a category of its own – ushering in a completely new way of thinking about messaging.

We recently spoke with members of the AvantForm community who participated in this year’s 36 Days of Type, a renowned celebration of all-things typography, to get their insights and perspective on this new form of lettering. Their phenomenal work, assembled in our latest curated collection, highlights the endless ways to visualize the same letters, numbers and words – and how their conceptual imagination can take any project and elevate it to the next level.

Typography is a powerful design element that has the potential to grab attention and turn heads. Once you take the letters and numbers off the page and bring them into the 3D space, however, its impact can be even more compelling. “We love that typography can convey descriptive tones and moods other than being purely informative,” says Yana of BÜRO UFHO. “As visual communicators, we think it’s an area of possibility and fun to be able to shape these emotions through type.”

The work you see from these AvantForm artists shows us how they can take a single character and make it so much more. While messaging remains a core element, this new wave of 3D typography can be more engaging and dynamic. “It can breathe life and identity into projects,” says Antonkvo. “Thus, every medium of typography has its place in different situations.”

“A custom illustrative font can tell a whole story on its own without needing any explanation,” says Wes Cockx, who was announced as one of NVIDIA Studio’s official 36 Days of Type contest winners in 3D and CGI. “With 3D you can turn it into its own little world and even expand it to an animation.”

While the primary focus of 3D typography is to communicate a message, it’s also a sensational artform in its own right. Unleashing their boundless creativity, digital artists are able to create standalone pieces of work that you’d want to hang on your wall. “I love playing around with letterforms and I see them as legible shapes that could create very unique designs and also say something at the same time,” says Prateek Vatash. “I feel that it’s a great balance between communication and illustration.”

In the digital world, typography is no longer confined exclusively as a method of communication, adding new meaning to the letterform as a whole. 3D artists can deconstruct the shapes and forms into imaginative illustrations that also stand strong by themselves. “This can be such a great advantage in projects where you’re trying to set a mood or vibe, without needing additional visuals to accompany the information,” adds Prateek.

“I love the thin line between typography and illustration,” exclaims Wes. “Treating type more as an illustration where readability doesn’t always have to be the primary goal.” In fact, the Belgian designer makes a conscious effort to continually step outside the box with his 3D type projects and not limit himself within the structure of an existing font. “Stop looking at typography as simply headlines and body copy, and start thinking about it as a design element,” he adds.

On AvantForm, the artists and designers are able to make the unreal real – but they’re also free to make it abstract, surreal and interpret however they see fit. Each has the opportunity to inject their carefully-crafted visual style into their 3D work – and it’s no different with typography. From the playful, colourful motifs of Wes Cockx to the modular and balanced compositions of Antonkvo, it’s this authentic personal touch that makes every project a true one-of-a-kind.

Prateek naturally gravitates towards bold and chunky typeforms, which translates well with the rest of his space-inspired visual style. “I’ve always been drawn towards combining 3D and 2D elements to add more layers and depth to the visuals,” he adds.

“What I love is how it can give individuality and leave an impression in every design, being bound only by your interpretation of the character.” – Antonkvo

BÜRO UFHO, on the other hand, think of their typography from a structural angle. The Singapore-based design duo begin their creative process envisioning how their words and numbers would look like in real life. “We always think about how cool it would be to walk through these giant type sculptures and to be able to interact with them from different angles,” says Yana. “We’d love to see them reproduced as installations.”

Then there’s Philip Lueck, who channels his graphic design sensibilities and love for abstract illustration to incorporate into his own spin on typography. The German designer is a regular participant in 36 Days of Type, and this year, he collaborated with Studio Sowieso to bring a striking mixture of letterforms to life. “To be honest, I hate creating type in 3D,” he explains. “But mixing 2D elements with abstract 3D is just so visually pleasing to me.”

The infinite ways that words, phrases and messages can be construed by each artist is rapidly changing the way we view typography. There are no rules that need to be followed – and that’s the beauty in it. “Typography being our written language is very important,” says Antonkvo. “What I love is how it can give individuality and leave an impression in every design, being bound only by your interpretation of the character.”

A project like 36 Days of Type really magnifies the power of personal exploration and consistent high-quality output. These passion projects hark back to the reason why designers decide to embark on an artistic career in the first place – to create for the joy in creation itself. When this authentic sense of creativity is applied to client projects, the result is magical.

Take Wes Cockx and his Air Max Day illustrations for Nike as an example. Taking inspiration from the exhilarating feel of the Nike Air Max 270, Wes wanted the words on campaign graphics to embody the movement, vivid colours, comfort and light touch of the sneaker itself. “I took actual parts and materials of the shoe and turned them into the typography for the key visuals,” he explains. The end result is the same feeling of nimbleness achieved through the innovative use of textures, colours and materials.

The key for BÜRO UFHO is to tackle each project differently based on its needs. “Sometimes explorations in 3D inspire us to further develop them into a typographic piece, leading to clients coming to us to create something similar,” says Yana. “Other times, they're dependent on specific briefs from clients, so after understanding what they are trying to achieve, we will propose solutions with sketches and mood boards to help clients visualize what it could be, and then proceed to develop them based on the feedback provided.”

“Creative typography helps the message to stand out and elevates it by evoking emotions to create a piece of effective communication to its audience,” says Yana. For example, the duo was recently commissioned by Adobe to develop some typographic visuals for the Adobe Document Cloud. They took the word Experience into various configurations to ensure that each ‘E’ was visually unique, yet able to connect beautifully. “It helped translate the idea of smooth customer journeys onto the word itself, encapsulating the core campaign idea into a visual metaphor that’s easy for the audience to remember,” adds Yana.‍

Getting Started with 3D Typography

There’s no right way to start, but beginning with the fundamentals is never a bad idea. You need to know the rules of design and typography before you can break them. Moving into a 3D software package like Maxon Cinema 4D, Blender or even Sketchup would be a great starting point.

“I would suggest practicing and finding a strong foundation with 2D type first, and getting familiar with the shapes and letterforms, all the glyphs and symbols, before taking the leap into 3D,” says Prateek, “That would serve as a great advantage and you will have much better control over the visual you’re trying to create.”

3D typography is like a mixture of design and photography. Having a solid grasp of lighting and shadows is essential. There are countless tutorials out there to help you get started. One thing that’s important to keep in mind is that developing your own style and creating something authentic should be an end goal. This is what makes an artist memorable – and their work identifiable. “Play, experiment and have fun,” as Wes puts it. “There are no rules for what we do!”