The Abstract Realism of Philip Lueck 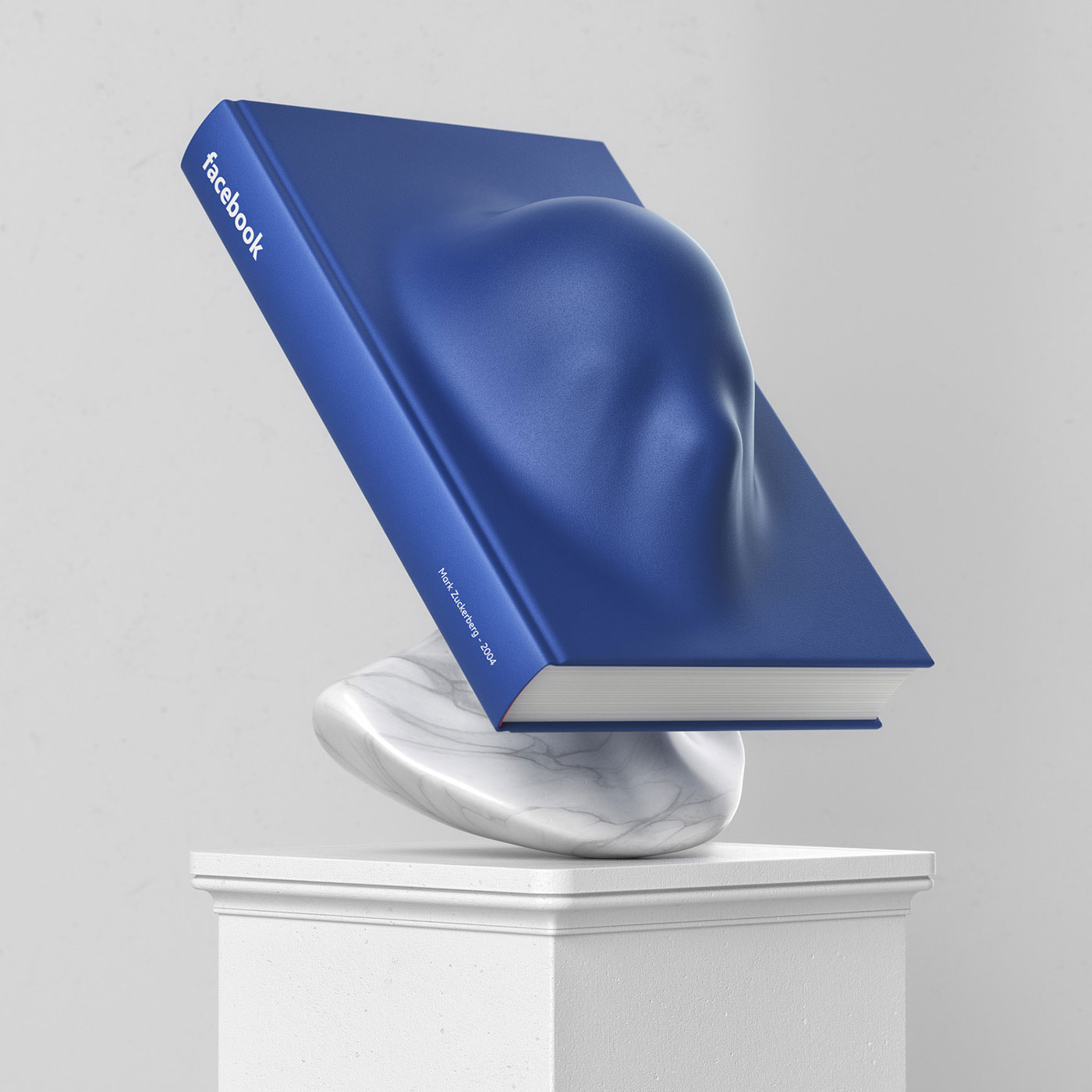 What comes to mind when you think of Tinder matches? For many living in the digital age, these two words can bring about anything from past relationships to horror stories from friends – or both. Playing off ambiguous concepts, such as "Money on My Mind" and "Concrete Jungle," Philip Lueck loves to think outside the box and play off our entrenched interpretations in creative ways. His Abstract Realities series is a lighthearted collection of jokes, puns and plays on words – all brought to life through his own witty and playful twist.

What initially began as an exercise in visual communication quickly became one of Philip’s most popular personal explorations and perfectly encapsulates the German designer’s conceptual imagination and graphic design sensibilities. “It involves picking up the words, mixing them together and finding a creative way to visualize them,” says Philip.

“I love when I see something that not only looks good, but it also puts a smile on my face."

Philip’s background in graphic design is more than evident in his 3D illustrations. Over his time spent at various creative agencies and studios, the self-taught designer has assembled a visual language that’s clean, intentional and minimal. “It was always about learning to tell more with less on the screen,” he says. One glance at Philip’s digital art today and it’s obvious that this sentiment has heavily shaped his style as we see it today.

As Philip began working with more clients and speaking to other artists within the industry, however, he began to realize the importance of going beyond his skillset. Having the technical ability to depict realistic objects is great, but the meaning behind his work is just as crucial. “When I first started with 3D, I was creating random shapes floating around in mid-air and I was super satisfied because it looked great,” he says. “But what’s the story? What are you trying to tell?”

Rather than creating something for solely the sake of looking good, the next step in his evolution as a digital artist was to push his work beyond the surface level – and it's been a longstanding objective for Philip ever since. In fact, it’s something that he personally enjoys seeing in other artists’ work. “I love when I see something that not only looks good, but it also puts a smile on my face,” he says. “When I can think about it in a deeper sense, I’m more engaged and want to share it with others.”

From his Abstract Realities series to the slew of commercial projects he’s produced to this day, it’s Philip’s outstanding combination of fundamental design prowess and creative storytelling ability that’s really separated him from the pack. “I’m still inspired by all the leading graphical work and big-time branding agencies,” he adds. “Now, I’m just applying everything I've learned to 3D.”

While Philip’s personal 3D projects were generating tons of buzz, he also began generating a steady stream of commercial work. A monumental turning point came when Nike approached him to help with the reveal of the English and French national team soccer kits ahead of the FIFA World Cup in Russia. For Philip, who had always dreamed of working with Nike, this project wasn’t necessarily about the financial gains. “I didn’t care at all because it was Nike,” he exclaims. “I said yes to everything.”

Not only was he excited about the prospect of working with Nike, but it was also one of his first big-time projects after he had decided to make the leap as a full-time freelancer. “It was when I realized that my style could actually work with big clients,” he adds. “It was the starting point for me to understand that I have a future in this business and that I could pull off this freelance thing.”

Philip continues to bring his fresh perspective and inventive ideas to the plate for a variety of different brands. He looks to use his signature style to turn each project into a visually pleasing and exciting experience, taking pride in reshaping reality and playing with the essence of perception. “Pretty much every client project is fun – at least in the beginning,” Philip laughs. “As long as the client isn’t trying to force me into something I’m not comfortable doing.”

“I want the client to align with my style and choose the projects that are appealing to me."

This indefinite joy for creation is exactly what drives Philip. He’s learned the importance of selectivity and now handpicks the clients that really value the personal style he’s worked so hard to develop over the years. “It’s about choosing projects less about name recognition,” he says. “I want the client to align with my style and choose the projects that are appealing to me.”

Championing his unique style is one of the reasons that attracted him to AvantForm in the first place. He looks at the platform as a vital tool that can showcase exactly what separates his illustrations from others. Not only is he able to monetize his various passion projects, but he’s also able to effectively exhibit his visual language. “It’s like an online gallery where potential clients can see your skills and what you’re working on,” he says. “They can easily license it if they like, but even better if they like the style they see because they can approach me for a personalized project. I love being able to curate that representation of me.”

Through both his personal and commercial work, Philip enjoys maintaining strong ties to the broader community of digital art. At AvantForm, he’s surrounded by artists who have similarly achieved success through their inimitable style. At the same time, Philip is also concerned with spreading the wealth and helping emerging artists. As he’s accumulated an online following, he began receiving a lot of interest in his techniques and overall approach to design. As a self-taught artist, Philip jumped at the opportunity to begin sharing his knowledge with others. “Everything I learned was from tutorials,” he says. “So why not share what I know? It’s always for the better.”

Philip turned to Patreon as a creative way to share his knowledge with the community while also generating passive income. “If people want to support me, why not give them something back?” he says. It’s this approach to the digital art community that Philip values. With his Patreon, like his client work and personal projects, it’s not necessarily about the highest dollar amount, but rather contributing to the community and remaining authentic to himself.

While Philip’s wonderful artistic style continues to produce astonishing work, it’s his extensive entrepreneurial understanding that allows him to flourish as a professional creative. In particular, he’s learning to take it all in stride and strike a healthy work-life balance. “I’ve learned to say no to projects,” he says frankly. “Time is precious and working around the clock doesn’t make me happy. You need to have free time to enjoy life.” Using the tools available to him, he’s able to continue championing his unique design and work towards his goals as a digital illustrator – really carving out the lifestyle that makes him happy.

Download some of Philip's assets and tutorials on Patreon.