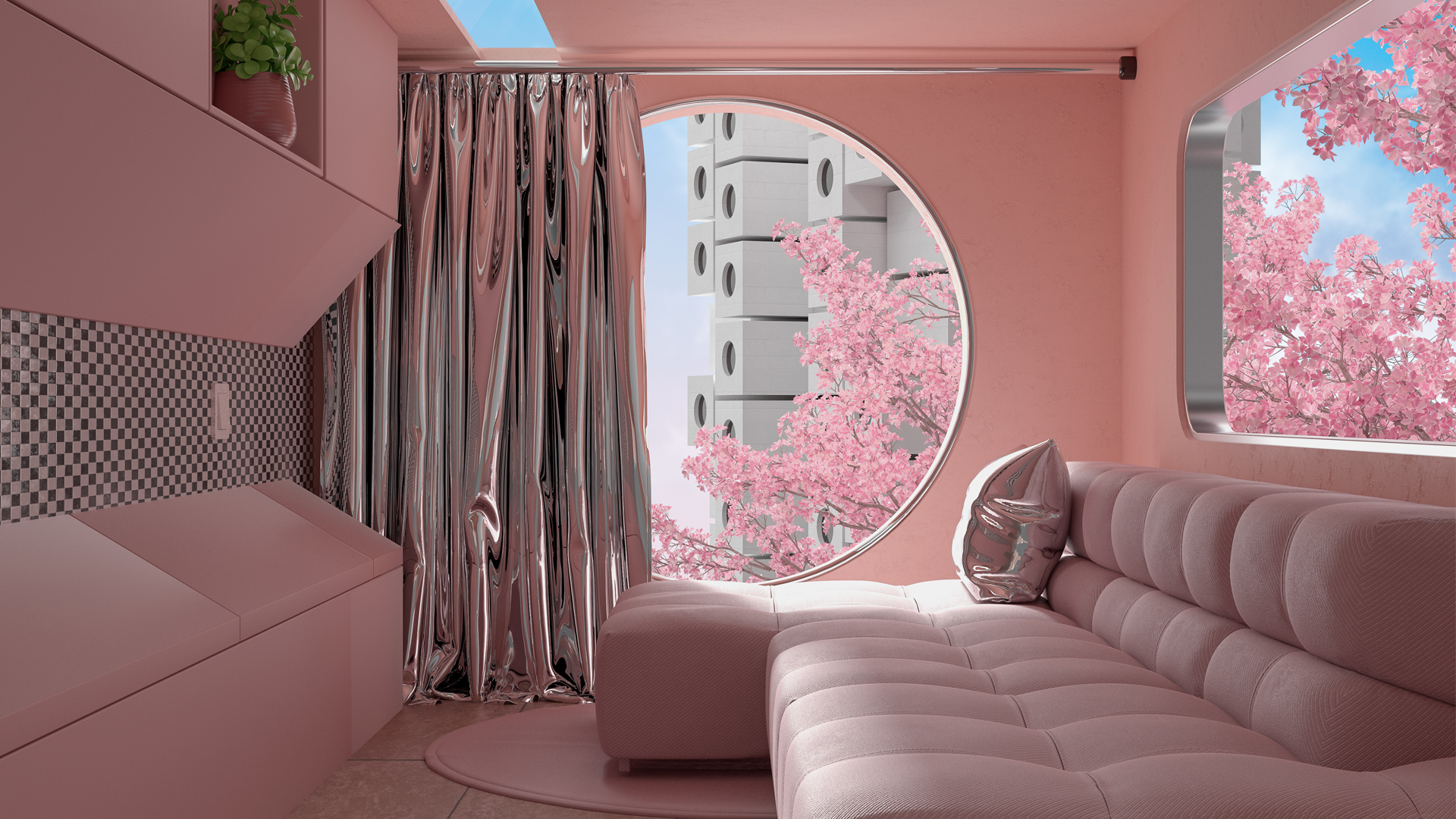 Inspired after a trip to Japan, Alberto Carbonell turned his travel experiences into a vibrant series of digital illustrations.

There’s no place on earth quite like Japan. The otherworldly country is ripe for inspiration as a place where ancient traditions brush shoulders with cutting-edge modernity. Where else can you find your inner zen within centuries-old temples one day, and experience pulsating urban life under flashing neon lights the next?

This same country has long fascinated Alberto Carbonell. Just a few months ago, the Spanish illustrator set off for Japan to immerse himself in the local culture and meet new people, touring through a list of world-class cities such as Osaka, Kyoto, Nara and Tokyo. “I love to travel,” says Alberto. “Travelling influences my work, bringing new ideas and concepts to light."

Alberto had been to Japan once before, but the 3D artist had been dying to return to explore the cultural traditions, unique design and time-honoured arts. “For me, travelling can even be a solution when I have a lack of inspiration,” he adds.

Channeling his interest in Japanese culture and the inspiration he found during his trip, Alberto created his own Japanese Explorations series. Made in collaboration with Este Studio, he wanted to express the emotions he felt while discovering the country’s cultural charms and interacting with the hospitable people. Taking the sites and customs he saw, Alberto used the infinite stimulus to “be free on the canvas” and produce his own 3D universe that resembles the buildings, objects and atmosphere of Japan.

“The most interesting thing for me is the coexistence between nature and the buildings."

One of the main elements that struck Alberto was the unreal range of architecture. Major cities in Japan are home to everything from mighty wooden castles to futuristic skyscrapers. “After a few walks in Tokyo, amazed by the many buildings and streets, I began researching some of the great buildings,” says Alberto.

Two sites that caught his attention in particular were the Nakagin Capsule Tower and the Reversible Destiny Lofts in Mitaka. “Those buildings are amazing not only from the outside, but their interiors are just as stunning,” he adds. “So I took some things here and there, and mixed them in somehow."

Within these amazing cityscapes, Alberto found a sense of appreciation for the layers of history and craftsmanship over the centuries. “The most interesting thing for me is the coexistence between nature and the buildings,” he says. “I love how they respect nature and try to enhance it.”

“The scars are part of the story and they make an object unique.”

The digital artist was also absorbed by the idea of kintsugi. Translating to “golden repair,” the artful process involves putting broken pottery pieces back together with a gold lacquer, which is meant to highlight the damage. “I love the kintsugi concept and the way it shows that the scars are something beautiful,” says Alberto. “The scars are part of the story and they make an object unique.”

Rather than trying to hide or disguise the damage, kintsugi proudly displays these breaks. The philosophy believes that repairing broken ceramics in this way actually gives a new lease of life to these objects – and they're even considered more refined thanks to these fractures. “I also wanted to show unique objects with their own stories and lives,” Alberto says. “Kintsugi can be seen as a way of life. It’s about learning from our mistakes and growing.”

Alberto continues to see the magic in Japan, although it’s difficult to pinpoint the allure to one thing specifically. “Maybe it’s the difference between our culture in Europe and their culture over there,” he reflects. “It’s very enriching to explore these differences.” Combining his travel experiences with his passion for 3D creation, the Japanese Explorations series examines these cultural differences and the subtle nuances that come when visiting a new place.

Authentic projects like Alberto’s are a friendly reminder of the depth of thought and imagination that goes into each individual illustration. The world is a big and beautiful place – and there's an infinite amount of ways that an artist can interpret it. “I usually sketch a lot while travelling,” he explains. “I also like to take notes and pictures, so when I’m in front of a blank canvas, I can remember how I felt.”

Online resources like Pinterest and YouTube are common tools artists use to quickly find creative ideas. However, visiting the same well of inspiration as everyone else means it will likely run dry, Taking the time to discover your personal interests and authentic self will yield longer lasting results. Remember, inspiration can be found anywhere, you just have to look for it – from the simplest things in your daily routine or diving into unknown traditions on the other side of the world.